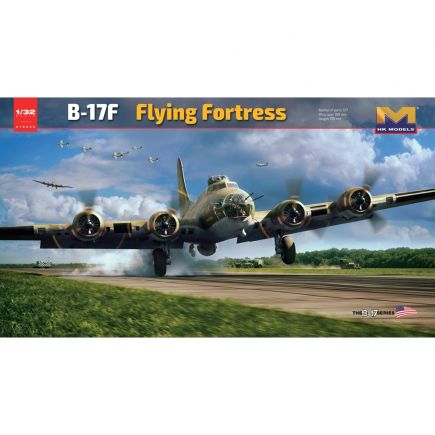 Preview
The first mass produced variant of the US Air Force WWII 4-engined heavy bomber, and available for the first time as a separate kit in 1/32 scale. (Previously a build option in the now-discontinued B-17E/F kit ref PKHK01E05). Both aircraft portrayed in the kit's markings undertook war bonds tours in 1943/44, raising morale back in the States.