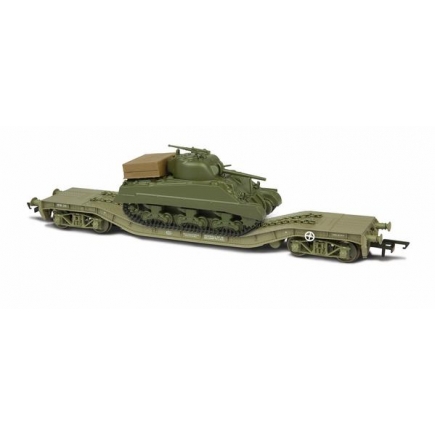 Introduced in 1942 for the transport of Sherman tanks, the 50T bogie Warwell wagon continued to see service after the end of the Second World War.
British Railways obtained many of the wagons as they were most suited for the transportation of loads unsuitable for flat wagons.

Recoded 'Weltrol' - this wagon would have moved these large loads around the rail network.
5