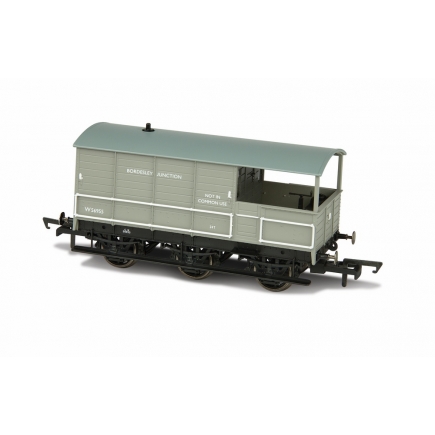 Introduced in 1900, the only 6 wheel Brakes built by the GWR. These are coded AA1 and were braked on all wheels. Suited for 22 tons # or later 24 tons. They were ideal for the heavy coal trains operated over parts of the network in that period.

Later the lower planking on the bodies was covered by metal sheathing. Many vehicles survived through to BR days and were not withdrawn until the 1950#s.
5