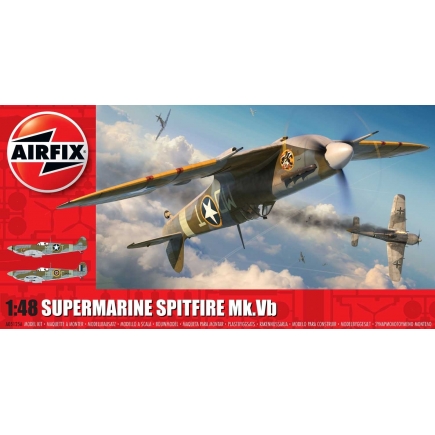 Illustrating the strength and adaptability of its basic design, the Supermarine Spitfire saw constant development throughout the Second World War, with over 20,000 aircraft eventually being produced in 24 different marks. The Mark V variant was actually something of a #stop-gap# upgrade from the aircraft which fought during the Battle of Britain, but with 6,487 produced, it would prove to be the most heavily produced mark of Spitfire.
Scale 1:48
Skill 3
Number of Parts 143
Dimensions (mm) L195 x W234
Age Suitability 8+
5